OCPP Compliance Testing Tool is a tool to assist OCA members to test the systems implementing the OCPP version for the conformance to the guidelines specified in the OCPP specification. The tool can test the compliancy of both charge point and Central System. When a test for testing charge point is executed, the tool can be configured as Central System and vice versa. For instance, when testing a Charge Point with implementation of OCPP 1.6 SOAP, the tool will play the role of a Central System with implementation of OCPP 1.6 SOAP. The test cases defined in the test case document are implemented in the OCPP Compliance Tool Kit. There are separate test suites for Central System and Charge Point provided by the Tool Kit. A test case defines preconditions, a test scenario which consists of sequence of OCPP message exchange and tool validations on the payload of the messages. For certain test case executions the tool prompts the tester to perform manual steps or observe certain attributes of the system under test.

This tool performs the following checks on the payload exchange:

The following link contains a list of the test cases, which are implemented in the Compliance Tool Kit.

We have compiled a leaflet for the OCPP Compliance Testing Tool. You can download it by clicking on the image below. 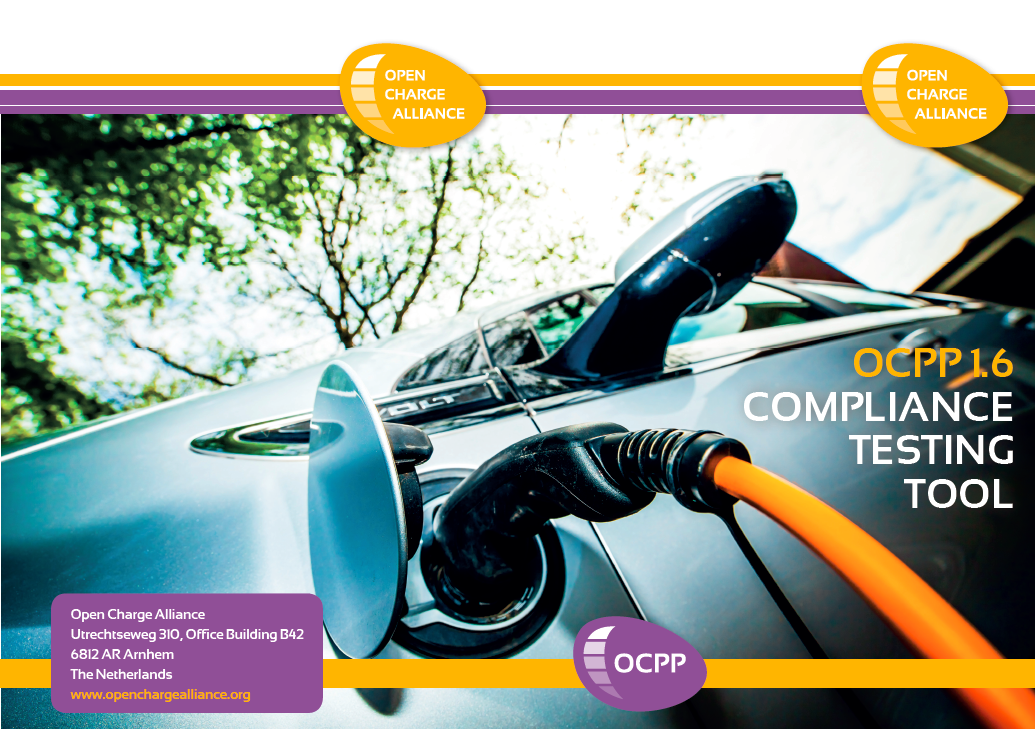