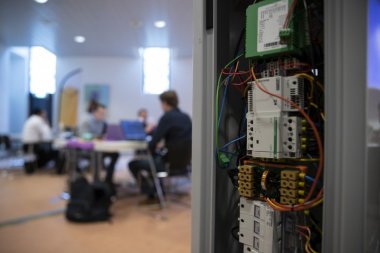 The Open Charge Alliance has updated the release schedule for the OCPP 2.0.1 Compliance Testing Tool (OCTT). Development of the new tool has now entered Alpha testing phase, followed by a Beta testing phase starting in May. The tool is expected to be released at the end of Q2 or early Q3 2022. During testing, we will continue to inform you through our website and newsletter.

The Open Charge Alliance is very fortunate to have a strong group of active supporters who are interested in the development of the OCPP 2.0.1 Compliance Testing Tool (OCTT). During the development of the tool, we have noticed that OCPP is really a work in progress in which all participants are constantly tweaking and innovating their implementations. This leads to solid implementations and ultimately to a strong protocol. Unfortunately it took more time than we first anticipated. We are now on schedule again while entering the Alpha testing phase and we are happy to provide an update on the developments.

At this moment we are finalizing and testing OCTT for OCPP2.0.1 internally within the OCA. The revised timeline for completion of the tool is currently as follows:

As soon as the OCTT 2.0.1 is available, it will be published on our website.

We are planning an OCPP Plugfest in June this year. This will be a hybrid event in which people can participate online or ‘live’ at our new testing facilities in Arnhem, the Netherlands. During the Plugfest, we hope to present a demo version of the OCTT for OCPP 2.0.1. Please check out our website regularly for updates.

Back to the overview
Zoeken